Home >> Mitigating DDoS attacks for the best dog trainer in the world.

Cesar Millan’s career began at the age of 13, when he declared his dream of becoming the best dog trainer in the world. Today, he has arguably achieved that goal, with two National Geographic TV shows under his belt, viewers in over 80 countries, 3.4 million fans on Facebook and 657,000 followers on Twitter. He has helped millions of dog owners provide balance, harmony and happy homes for their dogs.

The website www.cesarsway.com is a cornerstone of Cesar Millan’s business. With it, he engages a vast community of dog lovers in discussions about what they need to create happy and fulfilling lives for their dogs, and raises awareness about the global issue of canine abandonment. When the team at Cesar Millan Inc. first came into contact with DOSarrest in 2012, the site was experiencing 4 million page views per month, generating about $100,000 in sales monthly.

George Gomez, director of online development at Cesar Millan Inc, and the person responsible for the online properties, recalls the day they realized they needed DOSarrest:

“We were alerted by users and company personnel that our site was not loading. Instead, they reached a white screen when entering our URL. No one could access the content of our site. It became apparent very quickly that something was wrong.”

Cesar’s Way runs on two dedicated servers and a load balancer rented through a third party dedicated hosting provider. Initially Mr. Gomez and his team believed that they were having an issue with MySQL not being able to process a spike of legitimate traffic on the server. This had happened in the past, and was a familiar problem. But their hosting service assured them that MySQL was performing at normal levels, and that it was in fact the Apache server, the one that hosted the website, which was crashing.

“At this point they wanted us to boot up additional servers to try to handle the load. They also wanted us to add additional load balancers to spread the load,” said Mr Gomez. “We were looking at thousands of dollars.”

To Mr Gomez, adding more servers to handle the load wasn’t the answer he was looking for. As director of online development, he decided he needed to investigate alternative hosting options. He didn’t want to have to spend thousands of dollars on something he wasn’t convinced was an appropriate solution, and so he called up his colleague at Acquia, a company that specializes in Drupal, the CMS that runs the Cesar’s Way website. After some discussion, they came to the conclusion that that they were under a distributed denial of service (DDoS) attack, and this was finally confirmed by the hosting provider.

“Our site became completely unavailable. All users got was a white screen when they entered our URL.”

The Acquia colleague recommended that Mr Gomez call DOSarrest for help. By this time, they had lost close to an entire day’s worth of business – online sales were affected, as was users’ ability to access the site full of dog-friendly content they had come to depend on.

“Any site that has a substantial amount of traffic like ours is bound to get hit with a cyber attack. Unfortunately DDoS protection is one of those things that you don’t realize the value of until it happens to you.”

DOSarrest’s team responded immediately to Mr Gomez’s request, and recommended DOSarrest’s Proxy Defense. Proxy Defense can be set up quickly for immediate relief from a DDoS attack, and then stays on for full-time DDoS protection.

The DOSarrest team outlined the steps to get set up, which Mr Gomez then communicated to the hosting provider:

Within two hours of starting the initial conversation with DOSarrest, the majority of which was spent going back and forth with the hosting provider to make the DNS and SSL changes, www.cesarsway.com was back online.

“The transition was pretty straight-forward,” said Mr Gomez. “Once the changes were in place the attack was no longer affecting the site. I believe that the attacker continued to try to take the site down for another day or so, but DOSarrest was able to prevent any problems from happening.”

Since signing up with DOSarrest in March 2012, the Cesar’s Way website has not been taken down by a DDoS attack. The website is “pretty stable these days”. In addition to the security of knowing that the website is protected by a knowledgeable team of experts, Mr Gomez commented on an unexpected perk to DOSarrest’s services. Now that the company is under DOSarrest’s protection, “we are also saving money because we are not having to get additional
servers to handle our site’s load.”

The website is better able to handle large bursts of traffic because DOSarrest’s service is built upon a content delivery network (CDN), which shares heavy traffic around to other servers on the CDN. Cesar’s Way servers are saved from the overwhelming traffic spikes that can sometimes occur with legitimate traffic, and customers actually access the web pages they were looking for more quickly. 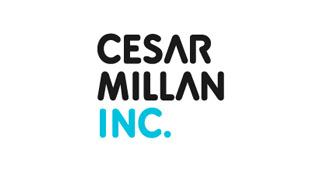