Moneycorp, one of the UK’s fastest growing foreign exchange companies, is using Distributed Denial of Service (DDoS) protection from DOSarrest Internet Security to ensure that its website and customer transactions are safe from crippling DDoS attacks that can paralyse a website and lead to lost revenue, customers and reputation damage. By using Proxy Defense from DOSarrest, Moneycorp is defended from DDoS attacks 24×7 by a specialist team that ensures Moneycorp’s website stays up and running.

Serving customers for over 30 years and handling over 6.4 million transactions in the last year alone makes Moneycorp a potential target for DDoS attacks amongst hackers looking to wreak havoc and take down the website to disrupt its service or, in the worst case, could act as a smokescreen for a more damaging data theft attempt. When the company started being hit with attacks, Moneycorp’s Head of IT services Kenneth Byrne contacted DDoS protection specialist DOSarrest for help.

“Once we called DOSarrest after the initial attacks, we were back up and running within 15 minutes and a member of the DOSarrest support team walked us through the process,” said Byrne. “We saw subsequent attacks, but the website never suffered a further outage, as by that time they were all handled by the Proxy Defense Service.”

Because it is cloud-based, Proxy Defense enables the response time to take mere minutes rather than hours or sometimes even days/weeks for DDoS protection to take effect. For Moneycorp, it was the perfect solution when it came under attack to resolve the issue quickly and keep its business up and running. Once deployed, Proxy Defense delivers complete and ongoing protection from DDoS attacks.

“In addition to DDoS protection, we actually experienced an improvement in our website’s performance, thanks to the content delivery network which supports DOSarrest Proxy Defense,” said Byrne. “DOSarrest’s nodes are geographically dispersed in such a way that it has the ability to handle large bursts of legitimate web traffic. It operates like a content delivery network, except it can also stop all DDoS attacks, which was a huge bonus.

“Because DOSarrest is a fully managed service, it gives us peace of mind that IT staff won’t be burdened with issues related to DDoS attacks, which means they can focus their efforts on the core business- a huge relief with our limited IT resources,” he continued. “With the added layer of DDoS protection, we can feel confident that our customers’ transactions are completely secure, as all security bases are covered.”

“We are delighted Moneycorp has chosen DOSarrest for DDoS protection; it has absolutely taken the right steps towards protecting itself and its customers,” said Mark Teolis, General Manager at DOSarrest. “The true cost resulting from a company being hit with a DDoS attack is difficult to quantify, but you need to think about having your website down for days and not being able to transact or interact with customers.

“Even then, it’s not only the financial loss, but a question of reputational damage as well – will customers still feel confident in your brand? DDoS attacks can also have a significant detrimental effect to SEO rankings, which can equate to less website traffic and less transactions as a result.”

Key differentiators from competitive solutions include:

– Speed of response (less than 15 minutes)
– Simplicity in getting up and running
– Exceptional support team
– Cost effective / competitively priced in the market (Moneycorp found that DOSarrest’s service was the most cost effective compared to Prolexic and Verisign, for example, with a superior level of service)
– Scalable to grow with the business
– Improved website performance
– Advanced External Website monitoring (DEMS)

“Since deploying DOSarrest Proxy Defense, we have maintained complete availability of the website – hugely important to the Moneycorp business and our customers – and have not had any issues relating to DDoS attacks. The DOSarrest service allows us to cover all of our security bases and gives us piece of mind that we don’t even have to think about DDoS attacks and can focus on our core business IT functions,” concluded Byrne. 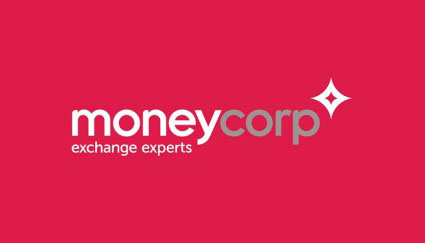